“Art is also that language that makes you see things differently”

Studio GR was born in 1978, founded by Giovanni Granzotto and Beppe Rigato, with the precise intention, from the beginning, to articulate its activity in a mix of commercial purposes, promotion and artistic support, with a consequent division of roles among the members . The studio is immediately enriched by the presence of Maria Pia Morassi who will manage the Art Gallery for almost 30 years. In the 80s the paths of the two founders are divided and Studio GR remains with Giovanni Granzotto with the new collaboration of Alessandro Rosa, who will give a significant imprint until the early 2000s, years in which Ugo Granzotto will also intervene. In 2006 Maria Lucia Fabio joined the team and, for a few years, took care of Studio GR Sud. In early 2010 Alberto Pasini began to collaborate and he still directs the GR Gallery in New York. In the last period Studio d’Arte GR has been enriched by the professionalism of Livia Sartori di Borgoricco and Cinzia Vecellio .
The initial interest focuses on the work of the great masters of the nineteenth century in Veneto, such as Luigi Nono, Guglielmo Ciardi and Pietro Fragiacomo , and on subsequent generations, presenting artists like Virgilio Guidi, Pio Semeghini , Felice Carena, Filippo De Pisis and Fiorenzo Tomea, but also deepening the paths of the Masters of the twentieth century, such as Giorgio De Chirico, Carlo Carrà, Ottone Rosai, Ardengo Soffici.
Starting from the mid-eighties, the Firm’s core business turned towards abstraction, dealing with many Italian Informal actors, such as Afro Basaldella, Emilio Vedova and Giuseppe Santomaso , and the Spatialist movement, primarily Mario Deluigi and Tancredi Parmeggiani. .
Immediately afterwards, the commercial and critical activity opened to the entire Spatialist movement, tackling the work of Gino Morandis , Edmondo Bacci, Vinicio Vianello, Saverio Rampin and of those artists who over time becamegreat friends of Studio GR, such as Ennio Finzi , and, first of all, Riccardo Licata. Even in this period, however, Studio GR does not neglect solitary masters such as Ennio Morlotti and Zoran Music.

From the second half of the nineties this activity is further enriched, with a total immersion in the world of programmed art, to which a good part of the energies are dedicated, in an attempt to recover that great lesson that began in the late fifties. In particular, fruitful partnerships are made with Alberto Biasi, Franco Costalonga , Julio Le Parc , Hugo Demarco, Horacio García Rossi and Francisco Sobrino , without forgetting Masters such as François Morellet , Yvaral , Gianni Colombo, Davide Boriani and other members of the historical groups N and T.
At the same time, the Studio’s efforts are dedicated to the promotion of other artists who, since the 1960s, have conducted individual research on simulated movement, geometric construction and chromatic perception, even without officially joining any collective group. Among these, the names of Ben Ormenese , Jorrit Tornquist , Claudio Rotta Loria and a great American optical such as Gilbert Hsiao stand out . Currently the gallery alternates with its traditional activity the discovery and promotion of young talents who, engaging with the most varied media, still maintain a dynamic attitude towards the chromatic vibration and the luministic investigation, such as Mara Fabbro and Sandi Renko , without never forgetting the great painting and sculpture of Giorgio Celiberti , Tommaso Bet , Alberto Pasqual . Over the years the team has been involved in the organization of over four hundred exhibitions and artistic exhibitions in prestigious spaces and museums around the world.

The Studio d’Arte GR is one of the founding members of the GR Gallerywhich opened in 2016 in Bowery, New York, for which Giovanni Granzotto has curated some important exhibitions. Studio d’Arte GR actively supports the projects of
the Art for Children and Mothers Association, a non-profit organization founded in 2012 that deals with solidarity through art, in particular through the organization of an annual auction of donated works of art by national and international artists. 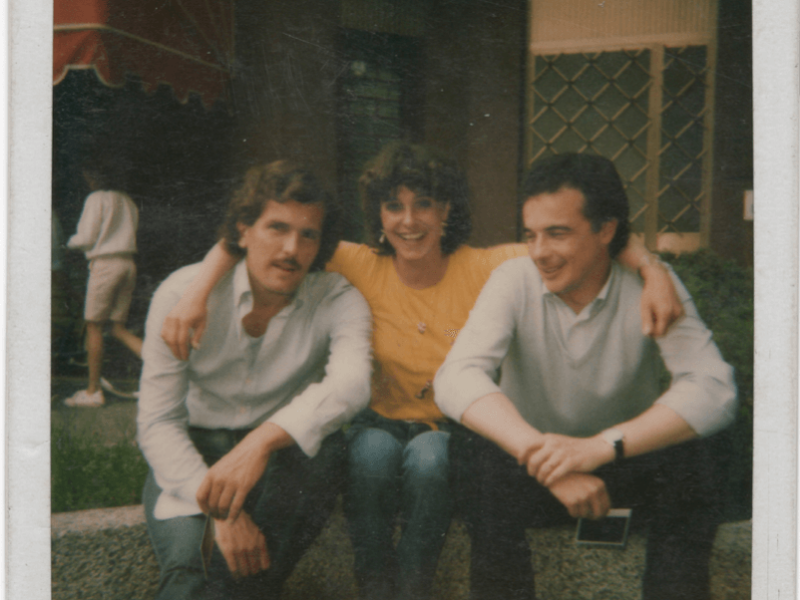 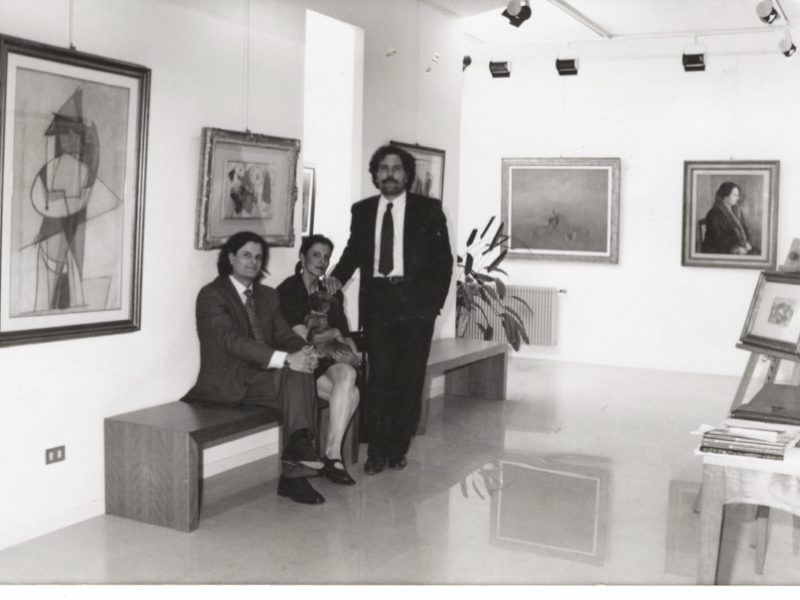 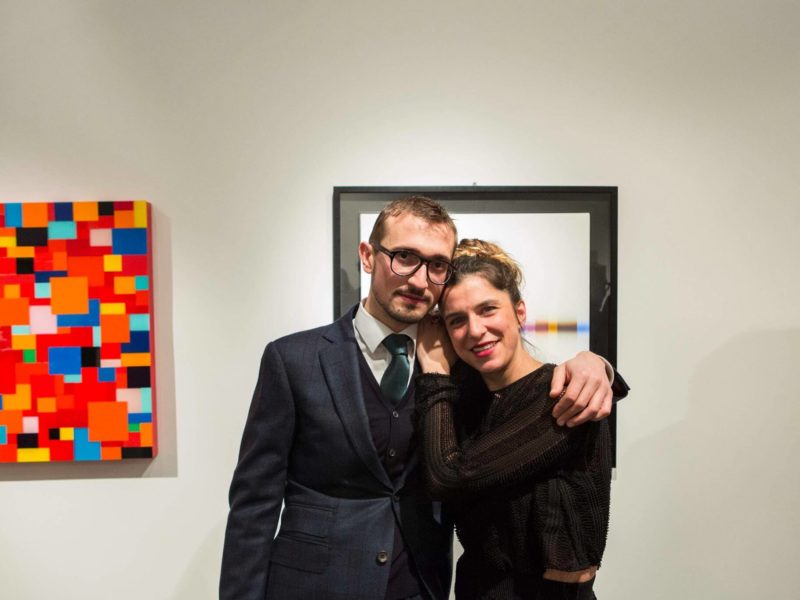 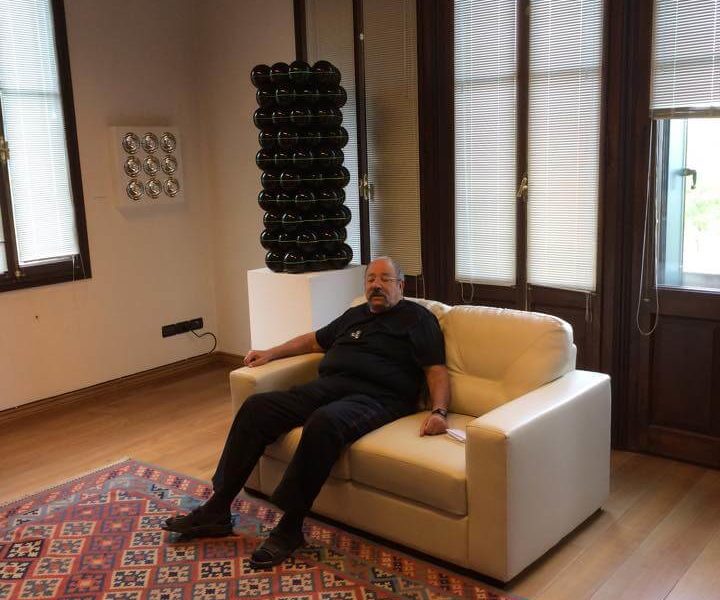 Franco Costalonga at the Studio GR 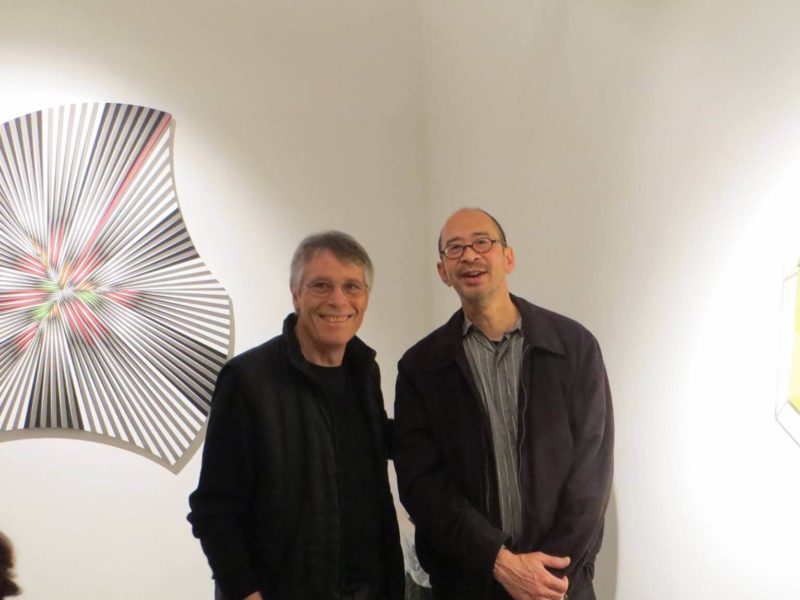 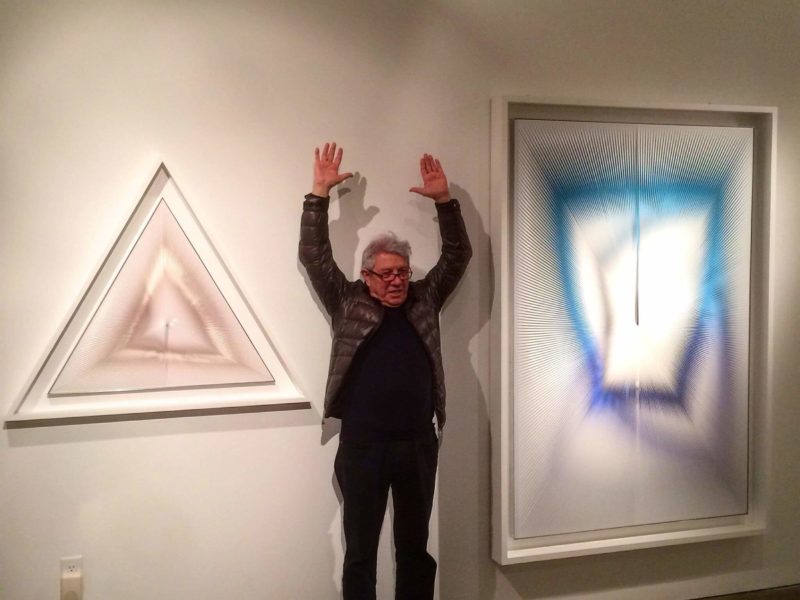 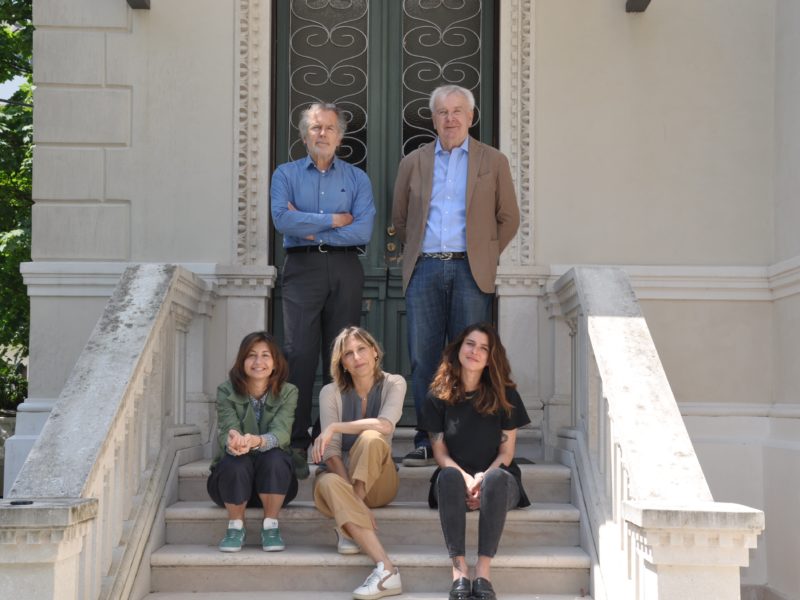 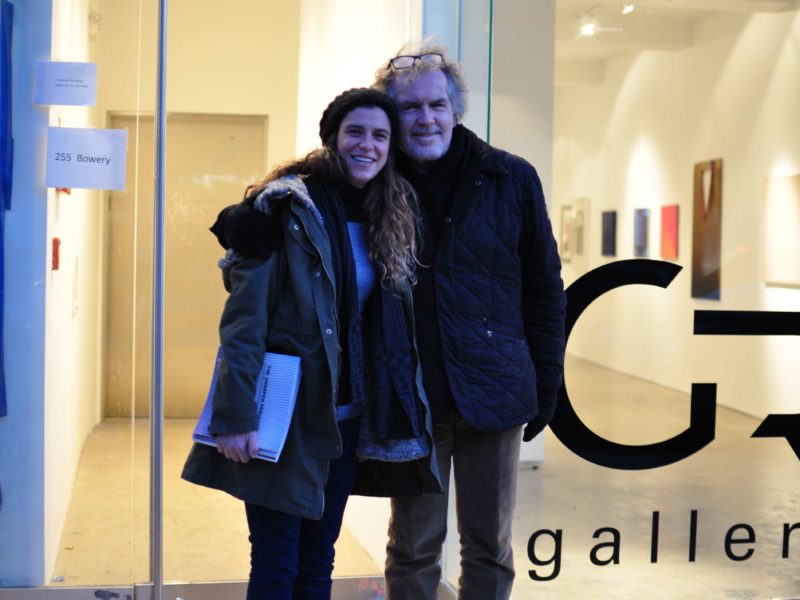 Giovanni Granzotto was born on March 15, 1951 in Sacile (PN), where he still resides.
After graduating in Law at University of Padua, he attended a Master in Business Organization and a Course in Art and Finance at the London School of Economics at CUOA . During the seventies he collaborated on the cultural pages of Il Piccolo di Trieste and the Messaggero di Udine.
Just in those years he founded Studio d’Arte GR, while in the eighties and nineties he directs some of the major Italian auction houses: Pitti-Finarte, Semenzato , collaborates with Sotheby’s America for the nineteenth century Venetian art, etc. In the mid-nineties, and for about six years, he held an important column on the theme of fakes in modern art, in the magazine ARTE IN.

He wins a competition, as first of the external, for teaching in installations at the Fine Arts of Rome, but does not exercise the academic profession. He holds courses and seminars on cultural and artistic promotion in some universities and in many Italian provinces. For many years he has been advising the Carabinieri of the Veneto Region for the Protection of the Artistic Heritage of the Veneto Region, and for more than 30 years he has been a consultant for the Triveneto Finance Police Unit. He is President of the Historical Archive of the Venetian Artists, since its foundation.
He has more than four hundred publications of critical texts related to public exhibitions organized by him, or of which he was a scientific committee. 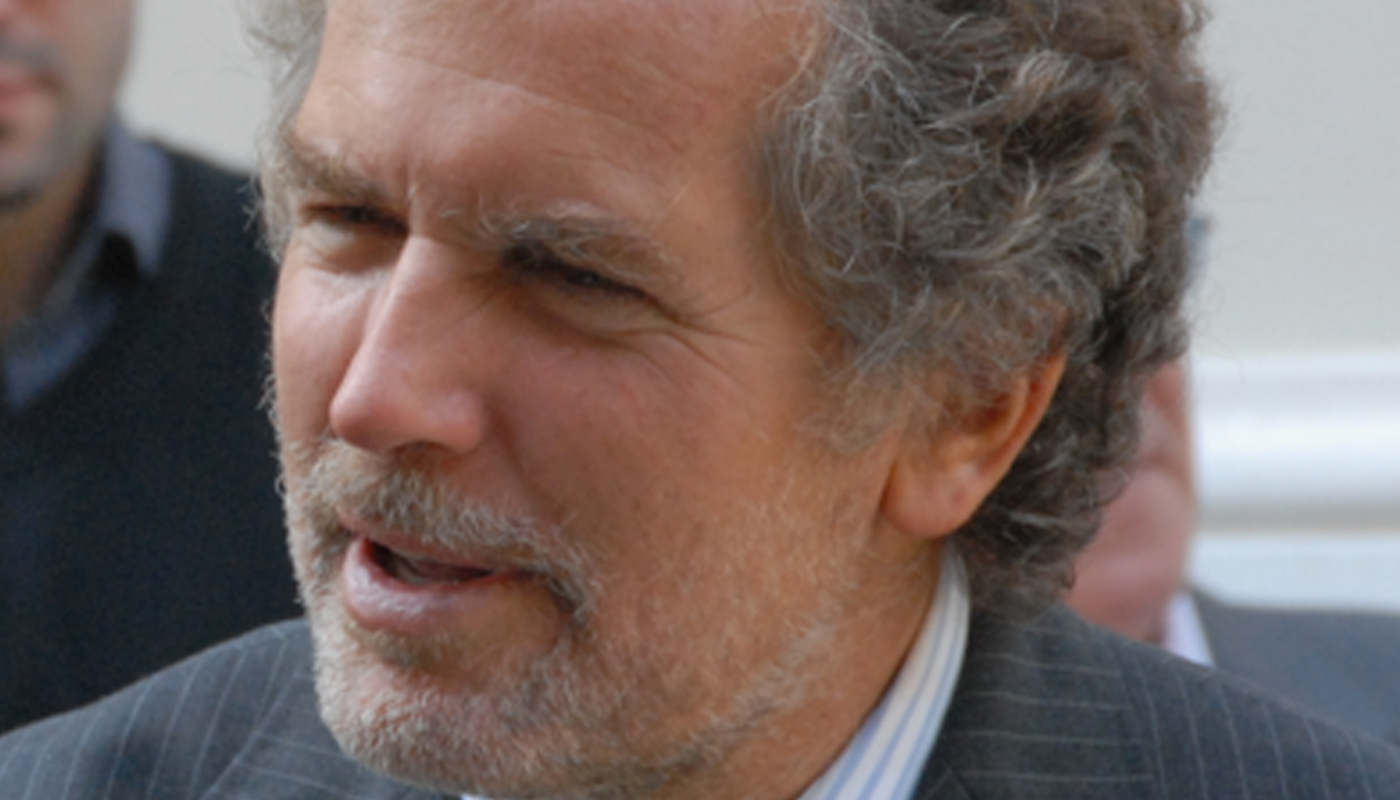