Of Italian-Slovenian origins, Sandi Renko was born in Trieste in 1949. He began drawing at the Nordio Art Institute , where he learned the lesson of some young protagonists of Trieste’s avant-garde art. At the beginning of the seventies he moved to Padua where he opened a design, visual communication and art direction studio . Here he meets Edoardo Landi and, stimulated by the artistic and intellectual context that is still affected by the experiences of the kinetic and programmed art of the group N, he participates in group shows, happenings and extemporaneous events. Consolidate affinity with programmed art and optics art, thus defining his artistic language and his personal technique. Over the years he has devoted himself in parallel to design and art with equal rigor and method, with creations of great cleanliness and balance in both fields. Encouraged by Alberto Biasi, he intensifies his artistic production and exhibits regularly, in collectives and in numerous solo shows in Italy, Slovenia, Austria. Lives and works between Padua and Trieste. 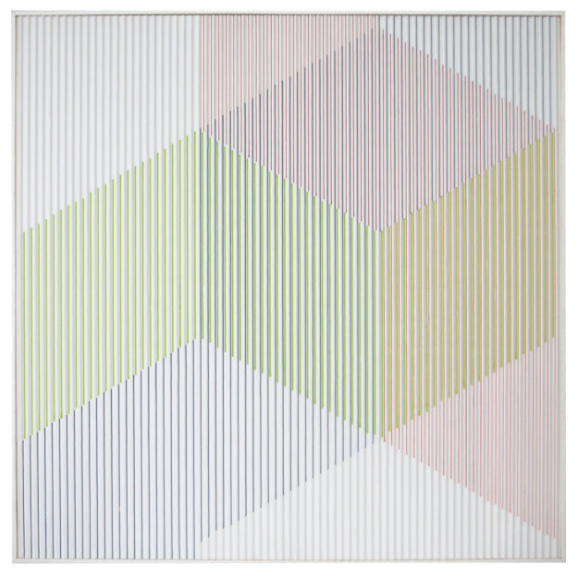 Tempera on board and corrugated cardboard, 47 x 47