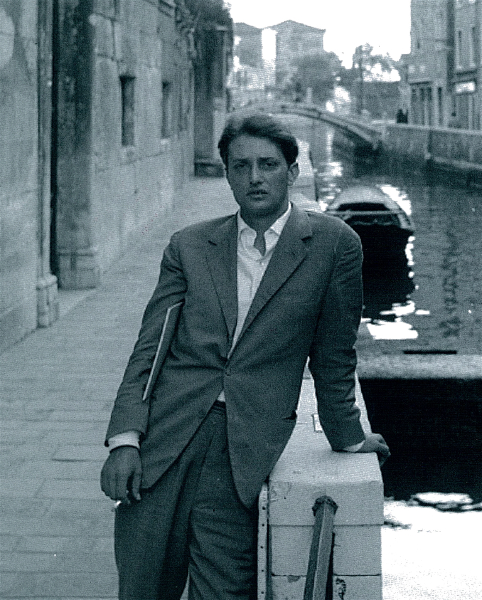 Tancredi Parmeggiani was born in Feltre in 1927. He studied at the Academy of Fine Arts in Venice and became friends with Emilio Vedova. He is a pupil of Armando Pizzinato at the Free School of Nude of the Venetian Academy. It was his first personal Venetian exhibition in 1949, thanks to the approval received from Cadorin , Vedova and Guidi. In 1950 he was in Rome, where he met Dorazio , Guerrini, Perilli and Turcatoand the following year he exhibited in the exhibition Abstract and concrete art in Italy at the National Gallery of Modern Art. Back in Venice, Peggy Guggenheim welcomes him to his palace in Ca ‘Venier dei Leoni, offering him a studio to work. In 1952 he signed the Manifesto of the Spatialist Movement for television in Milan: from this moment he participated in the group’s exhibition activity and the following year he joined the manifesto Spatialism and Italian painting in the twentieth century. Despite joining the group, he chooses to continue his research independently. He won numerous awards and inaugurated personal exhibitions in New York and London. In these years, no longer supported by the Guggenheim, he is forced to leave Venice. Trips followed in Rome where he participated in the VIII Quadrennial, in Sweden, Norway and finally Paris. In 1960 he participated in the Parisian event Antiprocès organized by Dubuffet , Giacometti , Klein and Alain Jouffroy . He is invited to participate in the XXXII Venice Biennale. He moved to Rome with his brother, where he committed suicide in 1964.