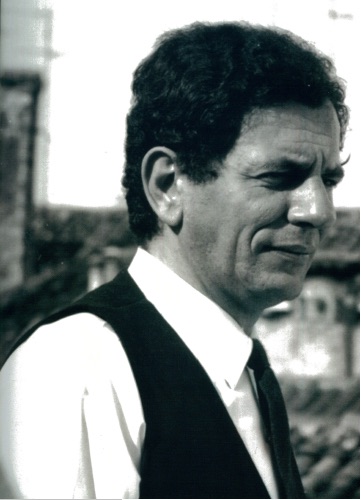 Saverio Rampin was born in Paluello di Strà in 1930. In 1941 the family moved to Venice. At the age of fifteen he began to paint as a self-taught, encouraged by Armando Pizzinato . In 1948 he enrolled in the Free Nude School. In the same year he was included in the collective of the Opera Bevilacqua La Masa. In 1950 he was invited to the XXV Venice Biennale and in 1951 it was his first solo show, presented by Pizzinato at the Sandri Gallery.from Venice. In 1955 he received the Venice Prize at the XLIII Collective of Bevilacqua La Masa and won the Campari for the Burano Prize, which he repeated in 1960. In 1956 he was the first prize ex aequo with Riccardo Licata at Bevilacqua La Masa. In 1955 he was assigned a study at Palazzo Carminati, continues to frequent the Galleria del Cavallino by Carlo Cardazzo, the base of space artists and, through Guidi, comes into contact with the main nucleus of the Milanese spatialists: Fontana, Capogrossi , Crippa and Dova . The partnership with Enzo Pagani, owner of two galleries, began in 1961 and, until 1989, organized fourteen solo exhibitions for him. He died in 1992, after taking home in the Lido of Venice, where the Rampin Archive is now located.