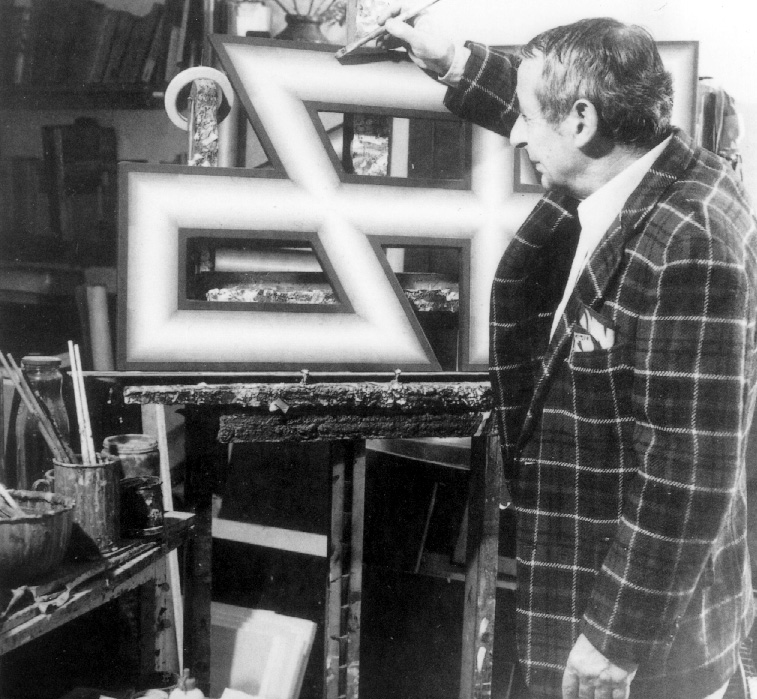 Rino Sernaglia was born in 1936 in Montebelluna. He studied painting and mosaic at the Venice Institute of Art and in 1959 he moved to Milan where he collaborated as a draftsman for cultural publications and for Italian television. From 1965 he began a series of study trips abroad which helped him to confront the latest artistic trends and definitively overcome an art of naturalistic and evocative inspiration in favor of geometric abstractionism. Its aesthetic is rigorously rational and is articulated on the shape of the polygonal square and of the kinetic movement, suggesting the invention of dynamic, rhythmic, multiplied forms. In 1990 he joined the international Arte Madì movement and the Arte Struktura cultural association, participating in numerous exhibitions and initiatives on these issues. Today he boasts the achievement of numerous prizes and awards, and his works are exhibited in numerous national and international public spaces.