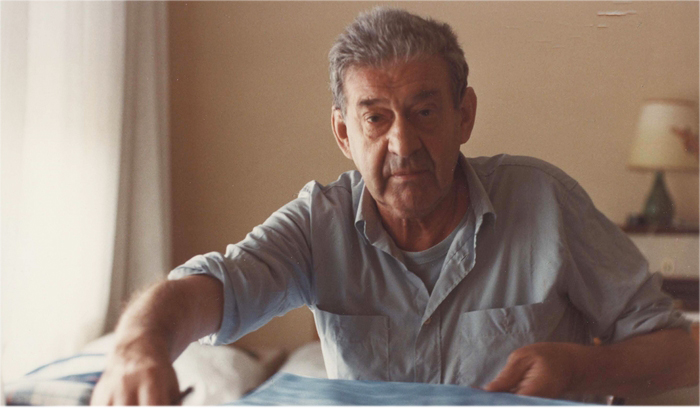 Giulio Turcato was born in Mantua in 1912. He moved to Venice in 1925 where he attended the art school and, occasionally, the Free School of the Nude as he was hindered by the family. Create the first paintings and participate in a collective exhibition. It comes into contact with the current movement but does not adhere to it. In 1943 he settled in Rome. While engaged in the Resistance, he continues to paint. He signs the manifesto of the New Italian Artistic Secession and makes a trip to Paris with Carla Accardi, Consagra and Sanfilippo with whom, together with Attardi, Dorazio , Guerrini and Perilli.gives life to the Forma 1 group. In 1947 he exhibited at the Galleria La Spiga in Milan with the New Secession which then changed its name to the New Front of the Arts. Turcato joined the Group of Eight which theorized informal abstractionism. The opera Miniera gives him a prize at the Venice Biennale. In 1950 he made a trip to Paris and in 1956 another to Asia. He travels to Morocco, Switzerland, Sweden and travels to New York. Visit Cairo, Luxor, Abu Simbel, experiences that inspire the series of paintings Doors of Egypt. Stay in Nairobi. He exhibits with personal all over the world, including the Documenta reviews of Kassel and the Biennale of San Paolo. Among the museums it is at MoMa in New York, at Pac in Milan, at the Staats galerie Moderner Kunst of Monaco, the Musée de l ‘ Athenée in Geneva, the Philadelphia Museum of Art and many others.