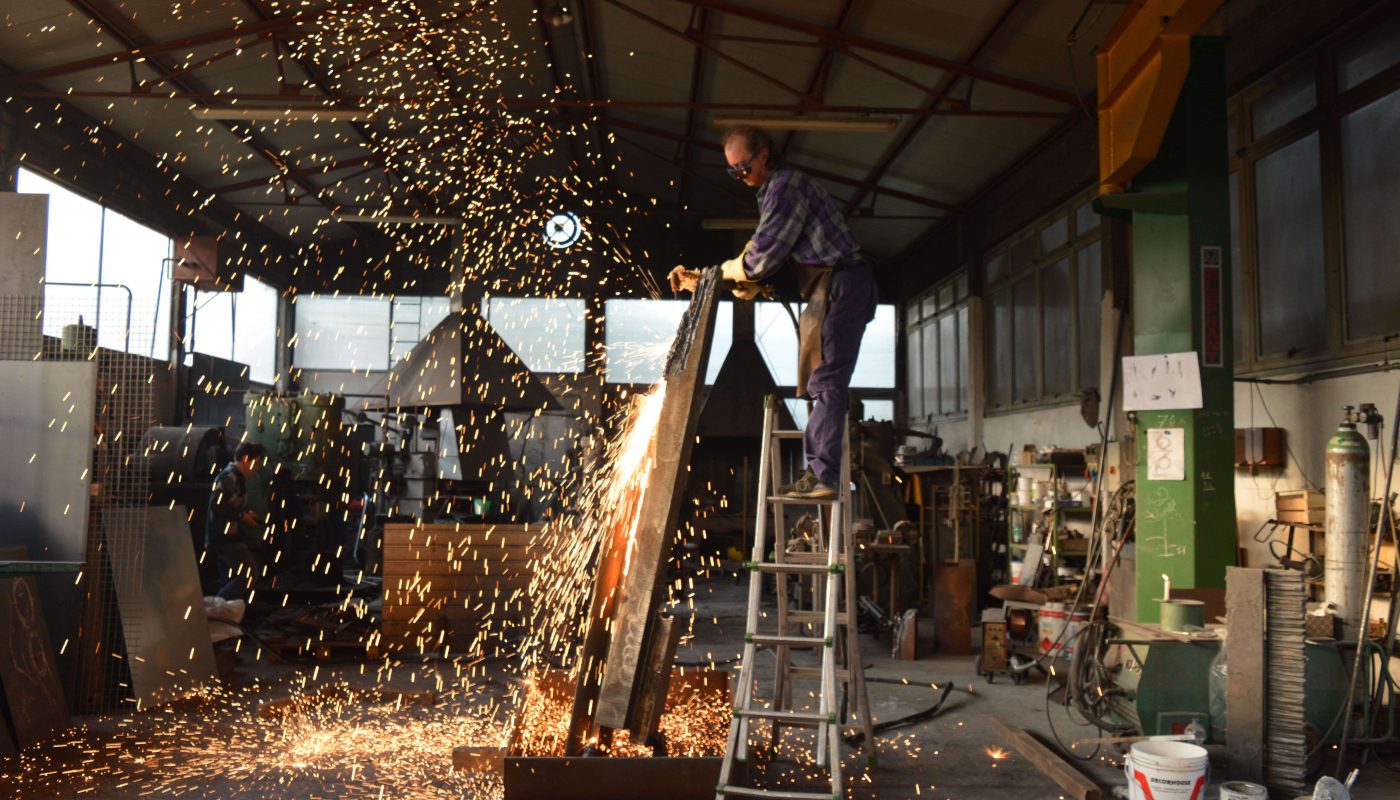 Alberto Pasqual , sculptor, was born and raised in Sacile. As a self-taught, he discovers and appropriates the secrets of matter in the family shop. He immediately began working on various materials, such as clay, plaster, bronze, and cement, but the material he prefers is iron, with which he models works of figure in which the study of volumes and stretch dynamism. Alberto Pasqual exhibits with personal exhibitions and participates in collective exhibitions in numerous locations in Italy and abroad; in particular in Perugia, Salzburg, Vienna, Rome, Padua, Venice and Pordenone. In 2006, together with the architects Michele Biz and Alessandro Broggiowins the prize of the national competition “A monument to Marco Pantani”, an imposing sculpture fixed at one of the most demanding curves of Mortirolo. Alberto Pasqual lives and works in Sacile, where some of his creations can be admired, such as the bas-relief dedicated to Pier Paolo Pasolini and “Mans Furlanis “, near the apse of the city Cathedral.